Part of the joy of data science is how it brings people together. Computer scientists and mathematicians, statisticians, engineers and ethicists collaborating to unlock the billions of gigabytes of data generated globally every day.

A good example of this in action in The Alan Turing Institute is the work of Brad Love, a psychologist at UCL and Turing Faculty Fellow with an interest in applying ‘big data’ techniques to the human brain:

“I’m an experimental psychologist by training but early on had an interest in maths. For me, the brain is a computing device that manipulates and stores 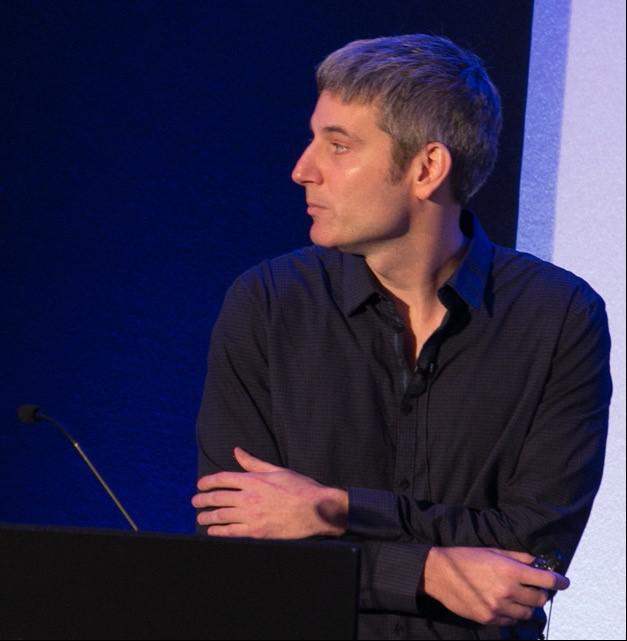 information. At an abstract level, the basic theories of computation aren’t that distant from how the brain generally works.”

At the Turing, Brad is interested in exploiting analogies between how the human brain and machine learning models learn and make decisions. He believes work in these two fields that are very different on the surface can be mutually informative. To this end, he is excited to collaborate with researchers from statistics and computer science at the Turing to create models that carry out computations that parallel human thinking:

“Models in machine learning are inspired by how the brain works. For example, neural network models that are state of the art at recognising images are inspired by the organisation of the human visual system.  However, machines make foolish errors humans would never make. I want to apply what we know about the human brain to artificial intelligence to create a stronger and more accurate computer models, ones that make decisions and solve problems as humans do.

“The end goal of all this could be designing technology with all the strength of what humans do, with the speed of computers.”

Models patterned from human behaviour would make understandable and sensible errors, such as mistaking a house cat for an ocelot (dwarf leopard) as opposed to a moped. This more human-like behaviour could make humans more likely to accept and place trust in such systems, which would boost the effectiveness in man-machine collaborations. Models that were more human-like would also be a boom for neuroscience approaches that attempt to relate parts of the brain to functional components of computer models.

The benefits of connecting data and human psychology haven’t been overlooked by industry. Brad’s recent research in collaboration with dunnhumby, a customer science company serving Tesco and other corporations, looked at how consumers responded to special offers on products, drawing on huge datasets generated by retail transactions:

“Thanks to the digital revolution, ideas that psychologists may have had sitting on the shelf for decades can now be tested with vast numbers of people outside the lab, through the data they generate in their daily lives.

“My recent research with dunnhumby analysed anonymous purchase data from over 280,000 shoppers to determine when they were willing to try a new product.

This model is useful for making marketing campaigns more efficient or for directing public health interventions to encourage healthier choices for shoppers.”

The inter-disciplinarity at the heart of the Turing Institute is the ideal environment for researchers like Brad with a unique blend of expertise and interests:

“As a researcher with two main interests – data science and neuroscience – I came here for broad collaboration.

“The researchers at the Turing all come from different backgrounds but, like any language, if you are conversant enough in the basics– in this case models, maths, and statistics – you have enough overlap to get some really exciting conversations going.”

The Alan Turing Institute is now six months into full operations, with collaborations being built and research projects emerging. On his vision for success at the Turing, Brad commented:

“I’d really like to do something exciting, like coming up with some trick the brain does and see whether it could be incorporated into machine learning.

“But the most exciting thing will be unexpected, helping out with someone else’s project or collaborating by chance.”