An increasing proportion of our lives are mediated through digital devices that collect and store our online digital footprints. These contain valuable information about our decisions, preferences and associations. Using the myPersonality.org database of 6 million users' responses to a personality questionnaire, we have used machine learning methods to predict intimate traits like personality and IQ from Facebook Likes, status updates, and profile pictures. We first published our warnings in 2013 about the power of this social media data, and it seems that its dark side has been put into practice much more quickly than even we realized; the key example being micro-targeting of fake or emotion triggering news during the 2016 US presidential election. David Stillwell will describe this past and present work on digital footprint analysis and John Rust will consider its future role in the rapid evolution of both human avatar and machine entities in cyberspace. 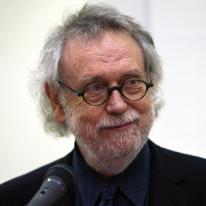 Professor John Rust is Director of The Psychometrics Centre at the University of Cambridge. He graduated at the University of London with a BSc (Psychology, 1st Class, 1970), PhD (Psychology, 1974) and MA (Philosophy, 1976). He remained in London to become Lecturer and then Senior Lecturer in Psychometrics at the Institute of Education (1976-1990), Reader at Goldsmiths College (1990-2002) and then Professor at City University (2002-2005) before moving to the University of Cambridge in 2005. His book ‘Modern Psychometrics’ is now in its 3rd edition. Since 1980, when he founded the cognitive science journal ‘Philosophical Psychology’, he has increasingly focussed on synthesising psychometrics with other disciplines, ranging from the cognitive and behavioural science to neural computing, data analytics and cyber action. 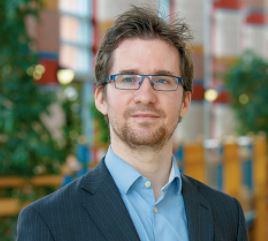 Doctor David Stillwell is Deputy Director of the University of Cambridge Psychometrics Centre and Lecturer in Big Data Analytics and Quantitative Social Psychology at the Judge Business School. In June 2007, between obtaining his first degree and embarking on his Masters, David began a personal side project designing applications for social networks. The result was the myPersonality Facebook application that allows users to take psychometric tests and receive feedback on their results. Today, myPersonality has collected data from more than six million people and the resulting database has become a priceless academic resource used by numerous researchers all over the world. The impact of his work ranges from behavioural prediction and targeted online advertising using real-time analysis of digital footprints to psychometric adaptive test development.