Abstract: Artificial intelligence has begun to impact healthcare in areas including electronic health records, medical images, and genomics. But one aspect of healthcare that has been largely left behind thus far is the physical environments in which healthcare delivery takes place: hospitals, clinics, and assisted living facilities, among others.

In this talk I will discuss our work on endowing healthcare spaces with ambient intelligence, using computer vision-based human activity understanding in the healthcare environment to assist clinicians with complex care.

I will first present pilot implementations of AI-assisted healthcare spaces where we have equipped the environment with visual sensors. I will then discuss our work on human activity understanding, a core problem in computer vision. I will present deep learning methods for dense and detailed recognition of activities, and efficient action detection, important requirements for ambient intelligence, and I will discuss these in the context of several clinical applications. Finally, I will present work and future directions for integrating this new source of healthcare data into the broader clinical data ecosystem.

Bio: Fei-Fei Li is a Professor in the Computer Science Department at 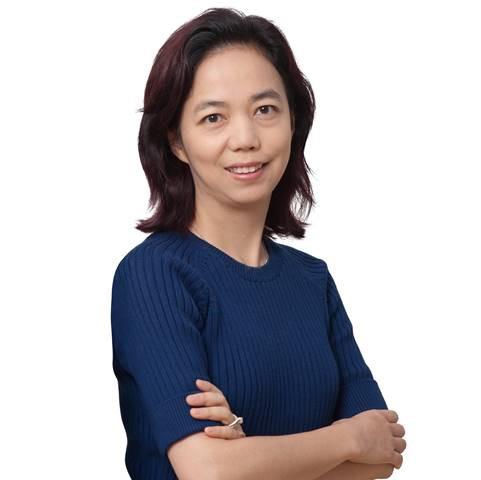 Stanford, and the Director of the Stanford Artificial Intelligence Lab. In 2017, she also joined Google Cloud as Chief Scientist of AI and Machine Learning.

Dr Li obtained her BA degree in physics from Princeton in 1999 with High Honors, and her PhD degree in electrical engineering from California Institute of Technology (Caltech) in 2005. She joined Stanford in 2009 as an assistant professor, and was promoted to associate professor with tenure in 2012. Prior to that, she was on faculty at Princeton University (2007-2009) and University of Illinois Urbana-Champaign (2005-2006).

Dr Li is the inventor of ImageNet and the ImageNet Challenge, a critical large-scale dataset and benchmarking effort that has contributed to the latest developments in computer vision and deep learning in AI. In addition to her technical contributions, she is a national leading voice for advocating diversity in STEM and AI. She is a co-founder of Stanford’s renowned SAILORS outreach program for high school girls and the national non-profit AI4ALL.

For her work in AI, Dr Li has been a keynote speaker at the Grace Hopper Conference in 2017 and TED2015 main conference. She is a recipient of the 2017 Athena Academic Leadership Award, IAPR 2016 JK Aggarwal Prize, the 2016 NVIDIA Pioneer in AI Award, 2014 IBM Faculty Fellow Award, 2011 Alfred Sloan Faculty Award, 2012 Yahoo Labs FREP award, 2009 NSF CAREER award, the 2006 Microsoft Research New Faculty Fellowship, and a number of Google Research awards.

Work from Dr Li's lab have been featured in a variety of popular press magazines and newspapers including New York Times, Wall Street Journal, Fortune Magazine, Science, Wired Magazine, MIT Technology Review, Financial Times, and more. She was selected as a 2017 Women in Tech by the ELLE Magazine, a 2017 Awesome Women Award by Good Housekeeping, a Global Thinker of 2015 by Foreign Policy, and one of the “Great Immigrants: The Pride of America” in 2016 by the Carnegie Foundation (past winners include Albert Einstein, Yo-Yo Ma, Sergey Brin and more).