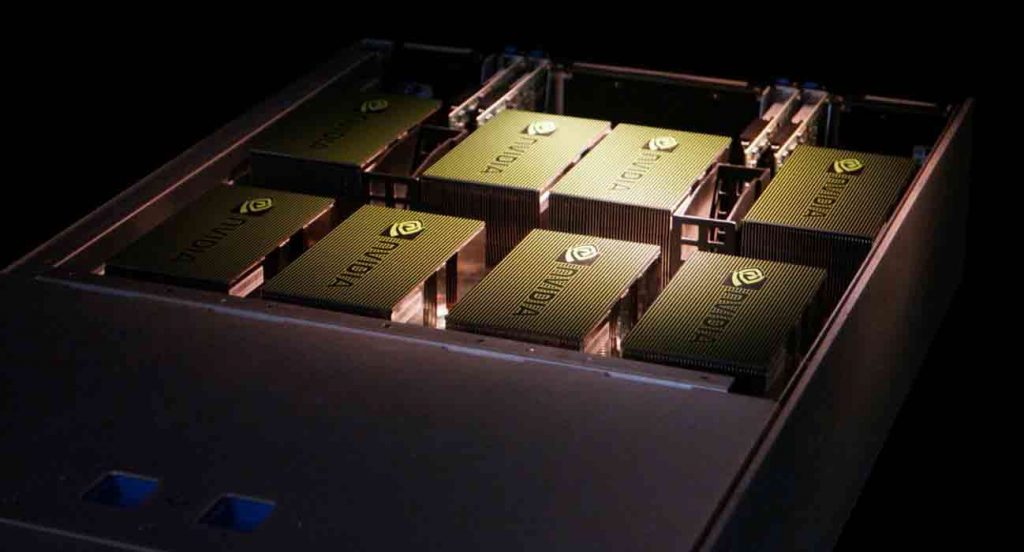 Machine learning has experienced rapid growth over the last five years, providing impact in application areas as diverse as computer vision for driverless cars, language translation services and data analytics, to oilfield exploration, delivering economic and societal benefits within the UK and across the globe. JADE will help to support and sustain this growth by providing the computational resources to researchers at the Turing and its partners, helping them to maintain the UK’s world leading position in this internationally competitive, critical field.

The JADE consortium, led by the University of Oxford, was awarded £3m of funding by EPSRC in early 2017 to deliver this new resource. It has now been delivered as part of a combined investment of £20m by EPSRC in the UK’s regional Tier 2 HPC facilities, bridging the gap between institutional and national resources.

Ten percent of compute time on JADE will be allocated to The Alan Turing Institute’s research community. The Institute’s Research Engineering Group supports researchers to make effective use of supercomputing resources for Data Science and Artificial Intelligence, on JADE and the rest of the UK’s national HPC facilities. This continues the Institute’s collaborative approach to developing supercomputing capability for research, having previously partnered with others to develop high-performance computing capabilities including Intel and Microsoft.

As well as Oxford, the Turing joins eight other organisations/academic centres benefiting from this unique computational facility including some of the UK’s world leading groups in machine learning (Oxford University, University of Edinburgh, KCL, QMUL, Sheffield University and UCL), and molecular dynamics (University of Bristol, Southampton University).

Led by Professor Mike Giles (Oxford), JADE is being delivered via a joint venture between Atos and STFC’s Hartree Centre to supply, support and operate the system as a managed service to the JADE consortium. The system exploits the impressive capabilities of NVIDIA’s DGX-1 servers, with the system comprised of a cluster of 22 NVIDIA DGX-1s each containing 8 Pascal P100 GPUs providing a total of 176 GPUs and a total power of 492.2 Tflops.