The Alan Turing Institute has announced the membership of its Scientific Advisory Board, an independent group which will provide strategic advice to the Turing’s Board of Trustees and leadership team on its research programme.

Made up of a group of experts in academia, industry and government drawn from organisations around the world, the members bring a diverse range of skills and specialisms to the Institute, from privacy, machine learning and engineering, to microeconomics and entrepreneurship.

The members of the Scientific Advisory Board will have their first meeting at the Institute in June 2017.

“The Scientific Advisory Board is a crucial component of The Alan Turing Institute’s governance structure. The members will meet annually to take a wide-angle look at the Institute’s research activities, to ensure we remain at the cutting edge of science and innovation internationally, and to share their insights on the next big challenges coming up in data science.

“We are delighted to have attracted such a prestigious membership to work with us at the Turing, and I look forward to welcoming them for their first visit in June 2017.”

Members of the Turing’s Scientific Advisory Board 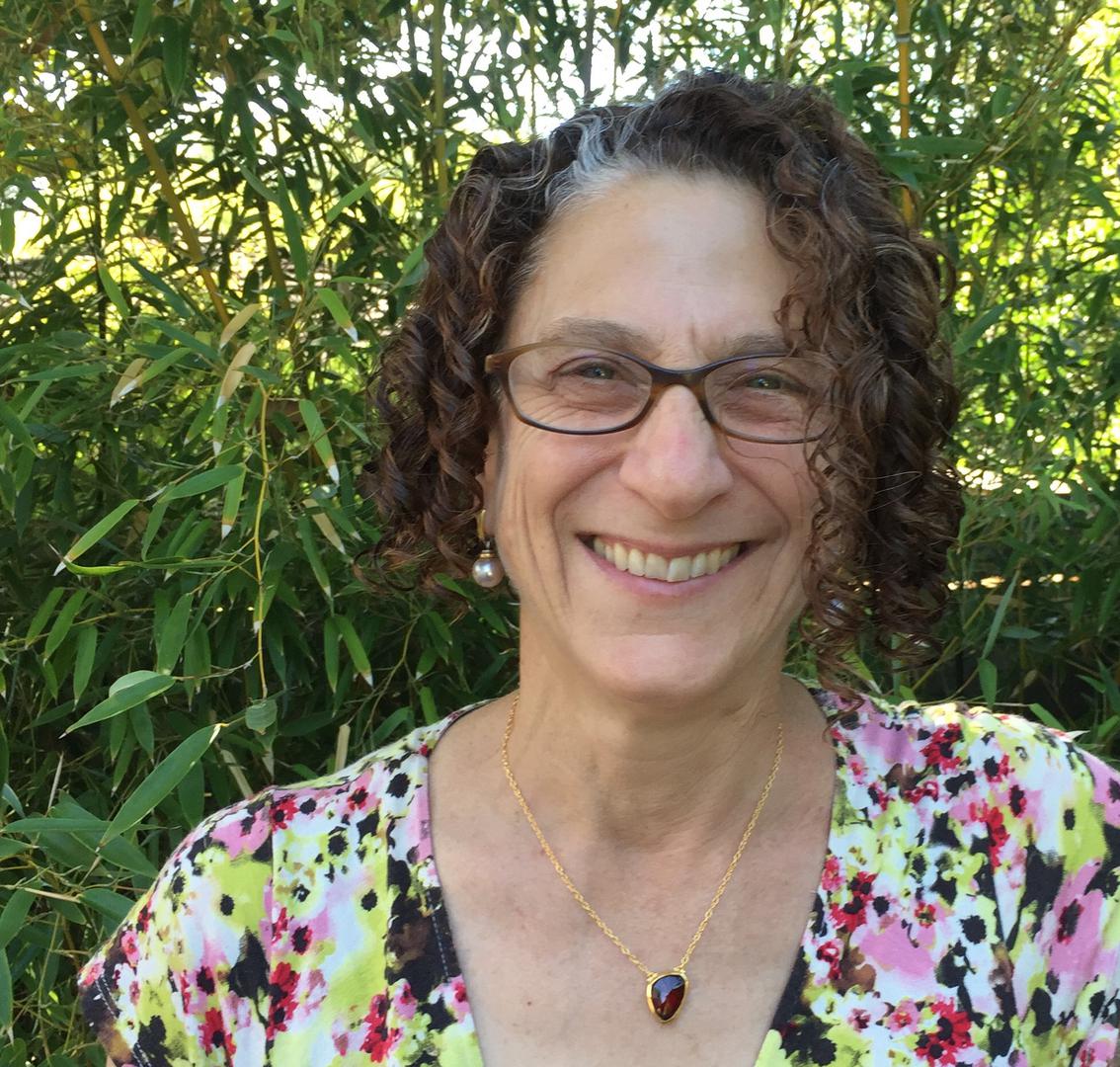 Cynthia Dwork is renowned for placing privacy-preserving data analysis on a mathematically rigorous foundation. A cornerstone of this work is differential privacy, a strong privacy guarantee, frequently permitting highly accurate data analysis. Dr. Dwork has also made seminal contributions in cryptography and distributed computing, and is the recipient of two “test-of-time” awards. She is a member of the US National Academy of Sciences, the US National Academy of Engineering, and the American Philosophical Society, and a Fellow of the American Academy of Arts and Sciences.

Dwork, previously Distinguished Scientist at Microsoft Research, joined Harvard in January 2017 as the Gordon McKay Professor of Computer Science at the Paulson School of Engineering and Applied Sciences, Radcliffe Alumnae Professor at the Radcliffe Institute for Advanced Study, and an Affiliated Faculty Member at Harvard Law School. 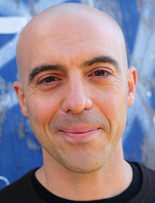 Sinan Aral is the David Austin Professor of Management at MIT, where he is a Professor of IT & Marketing, Chair of the Marketing Department, Professor in the Institute for Data, Systems and Society and where he co-leads MIT’s Initiative on the Digital Economy.

He was the Chief Scientist at SocialAmp, one of the first social commerce analytics companies (until its sale to Merkle in 2012) and at Humin, a social platform that the Wall Street Journal called the first “Social Operating System” (until its sale to Tinder in 2016). Sinan was a Scholar-in-Residence at the New York Times in 2013 and has worked closely with Facebook, Yahoo, Microsoft, IBM, Intel, Cisco, Oracle, SAP and many other leading Fortune 500 firms on realizing business value from big data, analytics, social media and IT investments. He is currently a general partner at Manifest Capital and on the Advisory Board of the Alan Turing Institute for Data Science in London. Sinan’s research has won numerous awards including the Microsoft Faculty Fellowship, the PopTech Science Fellowship, an NSF CAREER Award and a Fulbright Scholarship. In 2014, he was named one of the “World’s Top 40 Business School Professors Under 40.” Sinan is a Phi Beta Kappa graduate of Northwestern University, holds Master’s degrees from the London School of Economics and Harvard University, and received his PhD from MIT. He enjoys cooking, skiing and telling jokes about his own cooking and skiing. His most recent hobby is learning from his three-year-old son. 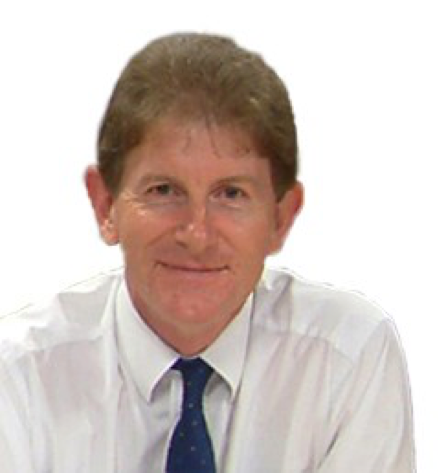 Robert is the Permanent Secretary at the Department for Work and Pensions, a post he has held since January 2011.

He became a Permanent Secretary at the Department for Transport in May 2007. His earlier career within the Civil Service included a decade working in HM Treasury, and posts in what were then the Department for Social Security and the Overseas Development Administration. He spent two years on secondment with Guinness Brewing Worldwide.

Robert has a degree in maths, and masters in statistics, and was the previous head of the Policy Profession within the Civil Service.

He was knighted in 2016, for services to transport and welfare, and for voluntary service in Kilburn, London. 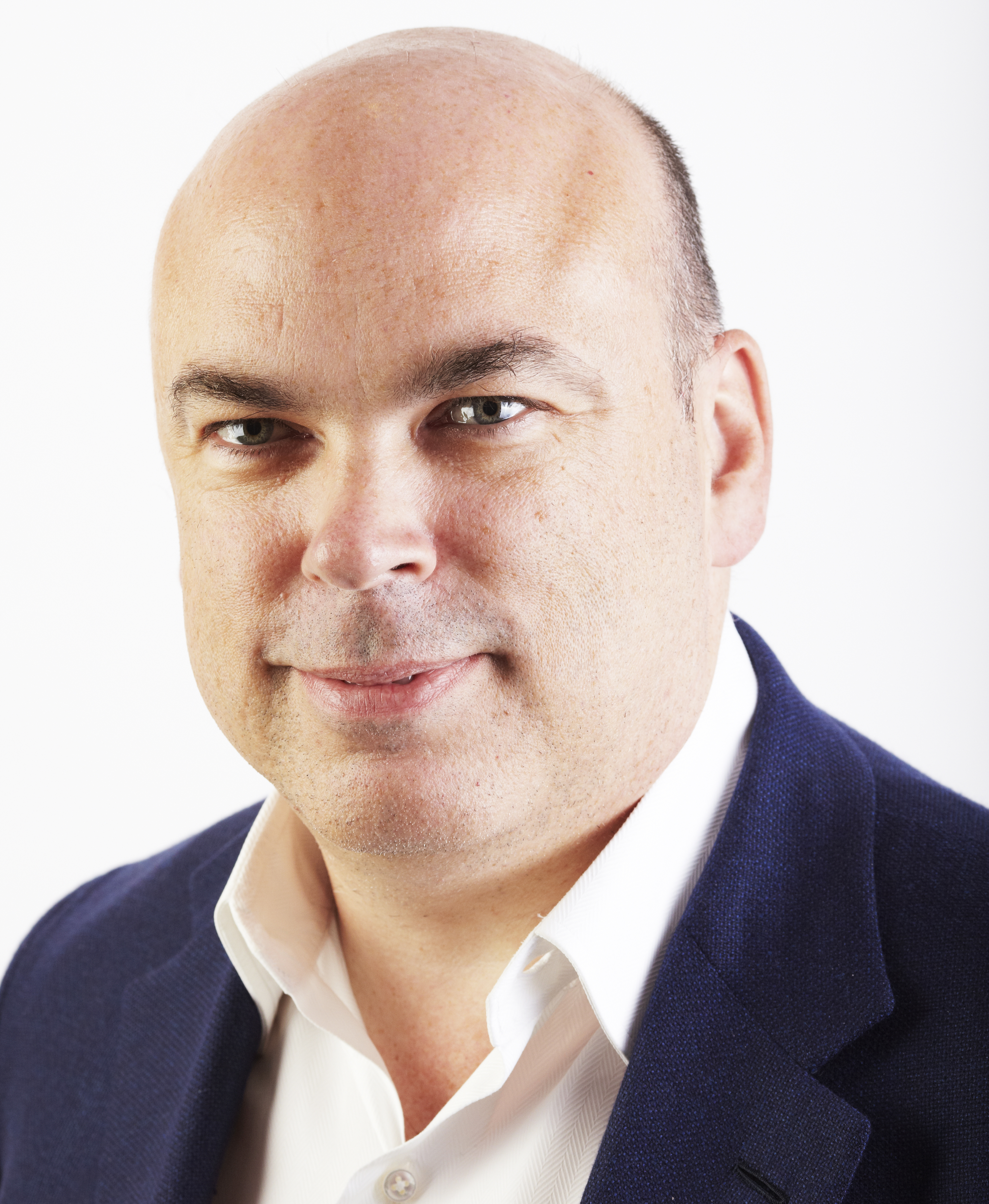 Mike Lynch is a fellow of the Royal Society and of the Royal Academy of Engineering, and he is an Honorary Fellow of Christ’s College, Cambridge.

The founder of Invoke Capital, a $1billion fund which invests in fundamental European technologies, Mike Lynch has been described by the Financial Times as “the doyen of European software” and by the Sunday Times as “Britain’s Bill Gates”. He holds a PhD from the University of Cambridge in Machine Intelligence, he sits on the Prime Minister’s Scientific Advisory Panel and is a UK Business Ambassador. Mike has founded a number of companies, including Autonomy, the UK’s largest software company, with a market capitalisation of $11bn. He has invested in a number of start-ups, including Darktrace, Luminance, Neurence, Sophia Genetics and Featurespace and he specialises in areas such as in Cybersecurity, Machine learning, Bioinformatics and big data.

He was a non-executive director of Cambridge Enterprise and previous directorships include the BBC, the British Library and Nesta. He is a council member of the of the Foundation for Science and Technology. 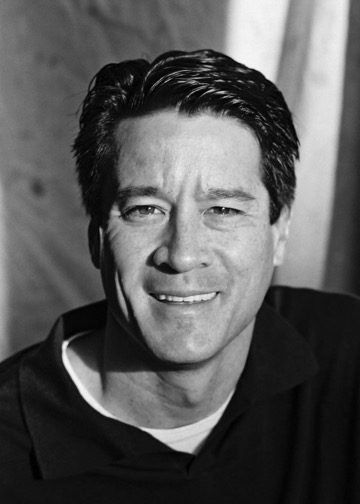 Dr. Michael Kearns is Professor and National Center Chair in the Department of Computer and Information Sciences at the University of Pennsylvania, with secondary appointments in the departments of Economics, and in Statistics, and Operations, Information and Decisions of the Wharton School. Kearns is the Founding Director of Penn’s Warren Center for Network and Data Sciences, as well a
s the Penn Program in Networked and Social Systems Engineering.

His research includes topics in machine learning, algorithmic game theory, computational social science, and quantitative finance and algorithmic trading.  Kearns spent a decade at AT&T Bell Labs, where he was head of the AI department, which conducted a range of systems and foundational AI and machine learning research. He has consulted extensively in the technology and finance industries, and is currently Chief Scientist of MANA Partners, a New York trading and technology company.

He studied math and computer science at UC Berkeley, and completed his Ph.D. in computer science at Harvard University in 1989. He is an elected Fellow of the American Academy of Arts and Sciences, the Association for Computing Machinery, the Association for the Advancement of Artificial Intelligence, and the Society for the Advancement of Economic Theory. 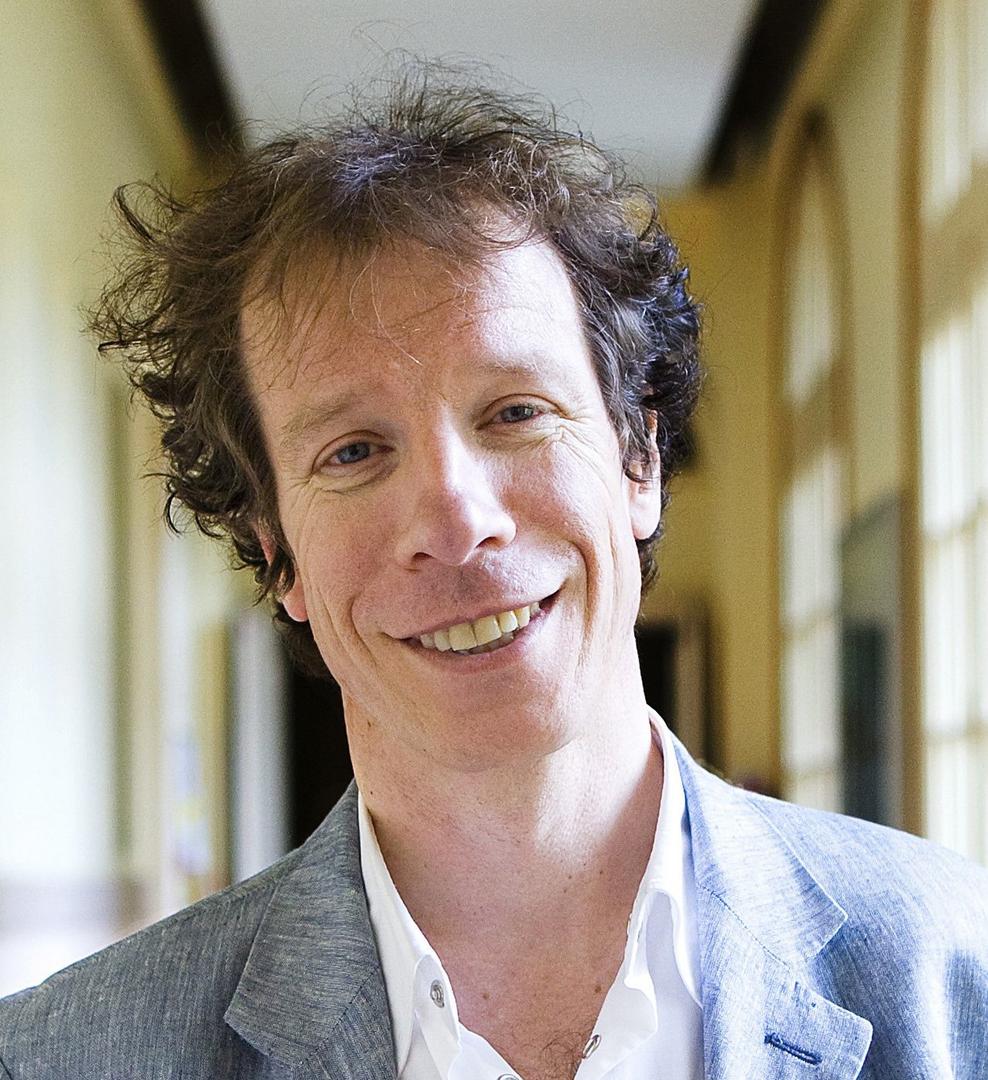 Stéphane Mallat received the Ph.D. degree in electrical engineering from the University of Pennsylvania, in 1988. He was then Professor at the Courant Institute of Mathematical Sciences, until 1994. In 1995, he became Professor in Applied Mathematics at Ecole Polytechnique, Paris and Department Chair in 2001. From 2001 to 2007 he was co-founder and CEO of a semiconductor start-up company. In 2012 he joined the Computer Science Department of Ecole Normale Supérieure, in Paris.

Stéphane Mallat’s research interests include learning, signal processing, and harmonic analysis. He is a member of the French Academy of sciences, an IEEE Fellow and an EUSIPCO Fellow.  In 1997, he received the Outstanding Achievement Award from the SPIE Society and was a plenary lecturer at the International Congress of Mathematicians in 1998. He also received the 2004 European IST Grand prize, the 2004 INIST-CNRS prize for most cited French researcher in engineering and computer science, the 2007 EADS grand prize of the French Academy of Sciences, the 2013 Innovation medal of the CNRS, and the 2015 IEEE Signal Processing best sustaining paper award. 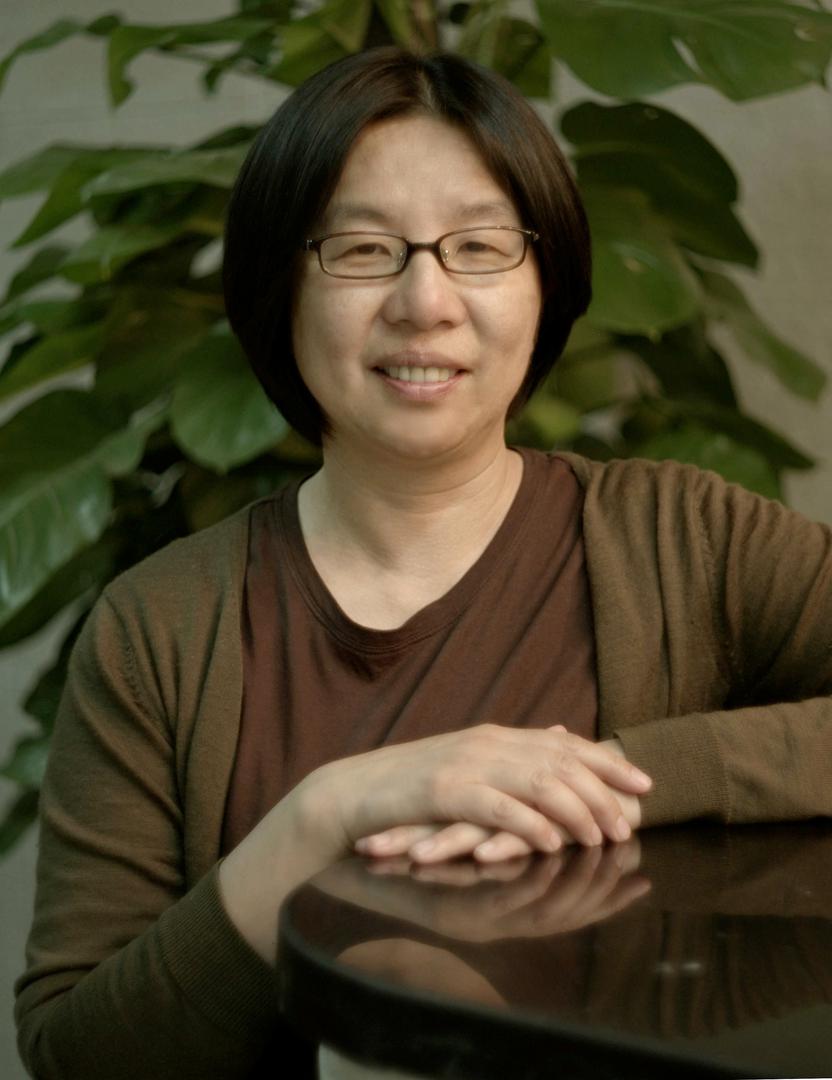 Bin Yu is Chancellor’s Professor in the Departments of Statistics and of Electrical Engineering & Computer Science at the University of California at Berkeley and a former Chair of Statistics at Berkeley. She is founding co-director of the Microsoft Joint Lab at Peking University on Statistics and Information Technology. She is engaged in interdisciplinary research with scientists from genomics, neuroscience, and medicine.  In order to solve data problems in these domain areas, she develops statistics and machine learning methods/algorithms and theory and integrates with domain knowledge and quantitative critical thinking in the process.

She is Member of the U.S. National Academy of Sciences and Fellow of the American Academy of Arts and Sciences. She was a Guggenheim Fellow in 2006, an Invited Speaker at ICIAM in 2011, the Tukey Memorial Lecturer of the Bernoulli Society in 2012, and 2016 Rietz Lecturer of the Institute of Mathematical Statistics (IMS). She was President of IMS in 2013-2014, and is a Fellow of IMS, ASA, AAAS and IEEE.