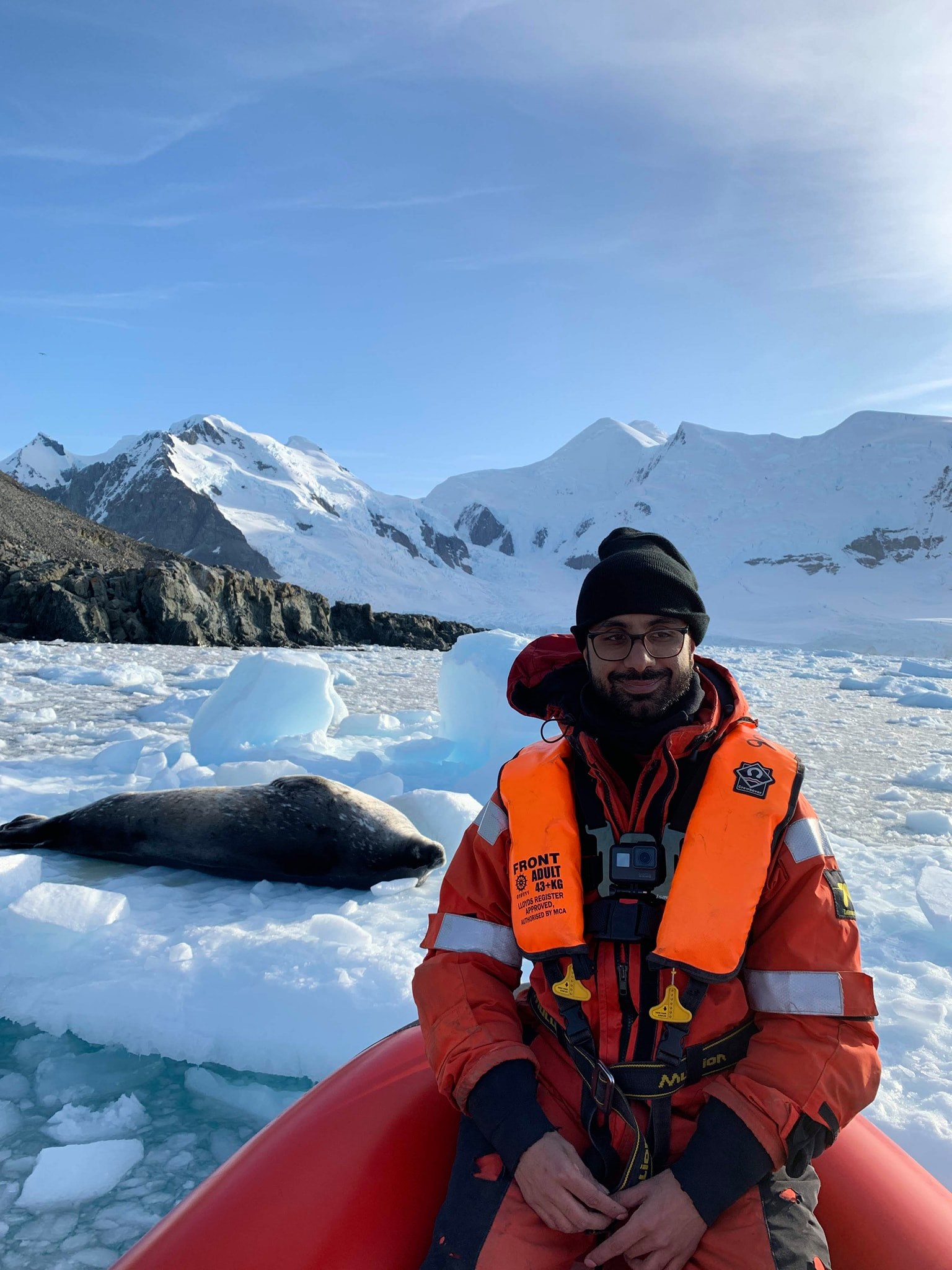 In a nutshell, tell us about your research

I’m a PhD candidate at the University of Cambridge leading the ‘Seals from Space’ project with the Scott Polar Research Institute, British Antarctic Survey and WWF, using high-resolution satellite imagery to study polar seals and their sea ice habitats. I’m also a National Geographic Explorer, and with the BBC I’m helping to produce the landmark wildlife series Frozen Planet II.

I’ve been involved with the Turing in a few ways. Firstly, I delivered the first conservation-based Data Study Group (DSG) in 2019, where we investigated automating counting seals through satellite data and the mapping of their sea ice habitats. I also led a workshop and public event on ‘AI and immersive technology for conservation’ with the Turing and Digital Catapult. This successful event gave an opportunity for digital tech and data science experts to meet future environmental leaders working on the frontline of the climate emergency. I’m now returning to the Turing as an Enrichment student, where I hope to continue the work established in the DSG and workshops.

What do you hope is the impact of your research?

My work using state-of-the-art satellite imagery to monitor polar wildlife in remote regions means that I’m often working at the forefront of multiple fields. There is often either a lack of knowledge or tools to answer my research questions. Through my work, I hope to determine the extent to which we can use remote sensing as a cost-effective tool to gain new insights into the Antarctic seals and their habitats within some of the most rapidly warming regions of the world, and in doing so help develop the techniques required to monitor wildlife from space with greater confidence.

What’s been the most challenging part of your career so far? And the most rewarding?

The most challenging aspect is dealing with the big data issue of very high-resolution satellite imagery. It’s awe-inspiring to be able to see blood from a seal giving birth all the way from space but equally it can be discouraging to spend countless hours manually going through a single image of sea ice and not find any seals.

The most rewarding part, however, has been running a week-long ‘Seals from Space Citizen Science’ workshop that gave students from under-represented backgrounds experience with state-of-the-art remote sensing technology and contact with leading polar scientists. On the final day, the students worked alongside my supervisor, who demonstrated the power of the techniques they had learnt by discovering 11 new emperor penguin colonies from space!

What advice would you give to your younger self?

Any achievement that inspires you is the result of another human being just like you, so don’t be afraid to follow your curiosity or take on a challenge, even if it means you’re the first to try or you have to do things a little differently from others to achieve it.

What do you hope COP26 achieves?

From record temperatures of 38ºC in Siberia to the dramatic declines in ice across polar regions, it’s evident we’re entering a world unlike anything we’ve seen before. If we are to tackle the climate crisis and limit warming to 1.5ºC, COP26 must result in nations committing to plans for action that are far-reaching, unprecedented and inclusive, involving diverse groups in not only discussion and research but also as key decision makers.

Finally, when not working, what can you be found doing?

Relaxing somewhere green, running fun projects with Polar Impact, and listening to grime or creating it from the sounds of Antarctic seals and space with producer MarzmanJ.